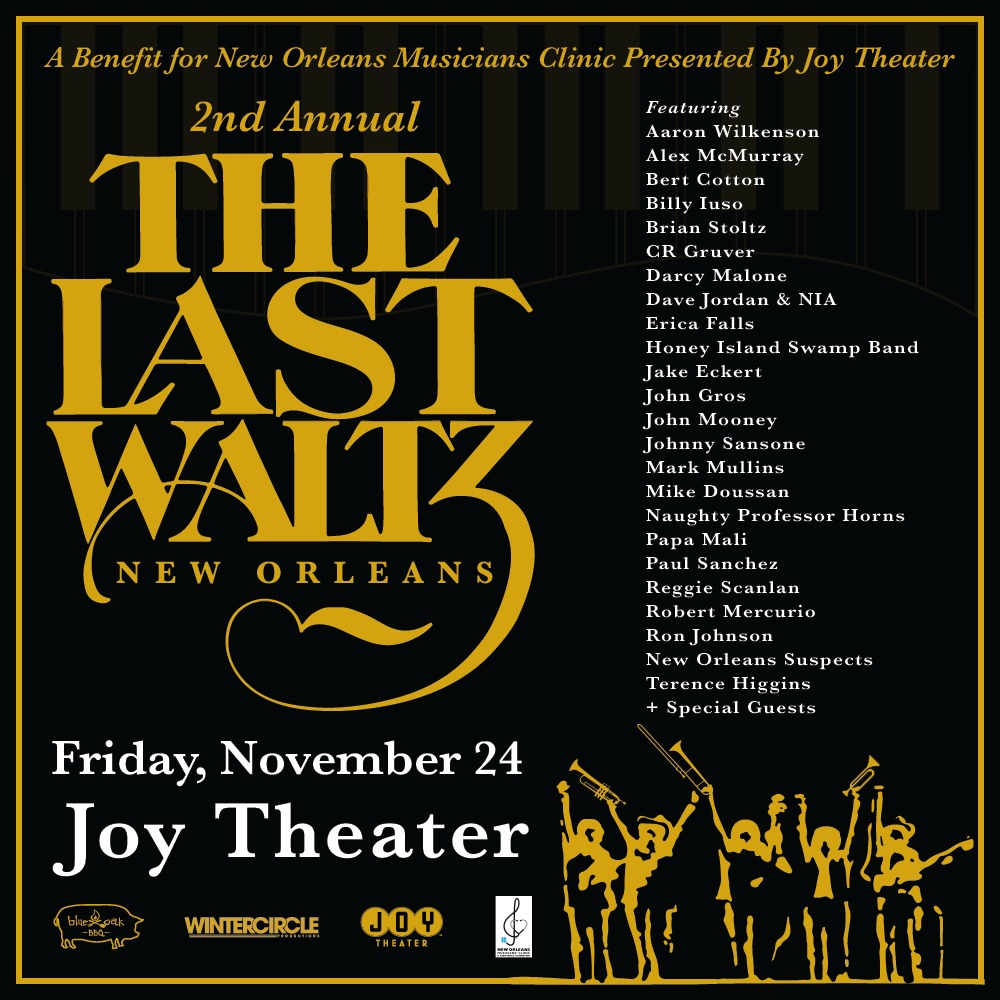 Join an all-star crew of New Orleans musicians and special guests as they pay homage to The Band’s “last show” which was performed on November 25th, 1976, and included the best and brightest musicians of that era. The original film by Martin Scorsese has been lauded as one of the greatest musical documentaries of all time. For one night only, Joy Theater and friends will re-create that magical night!

Some of the greatest New Orleans musicians will bring you a very special night of legendary music, in an attempt to recreate the magic on the anniversary weekend of The Last Waltz’s original release.

A portion of all ticket proceeds will be donated to New Orleans Musicians’ Clinic.