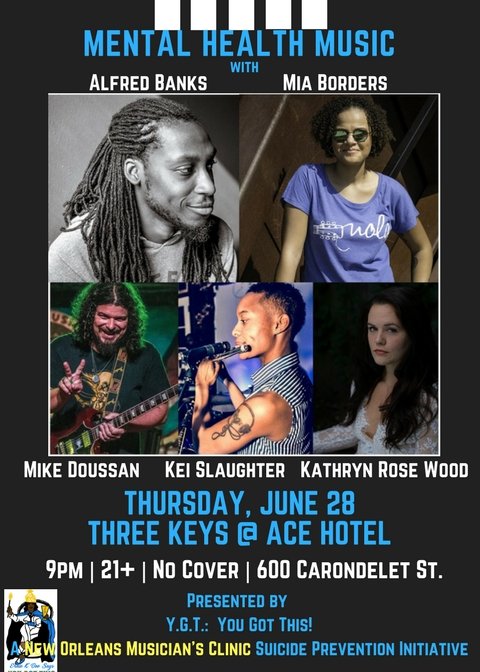 In honor of the NAMI (National Alliance on Mental Illness) National Convention held in New Orleans June 27-30, the five inaugural musicians from September 2017’s “Music for Mental Health” Benefit Concert for NAMI New Orleans join forces once more to throw a concert with a cause.