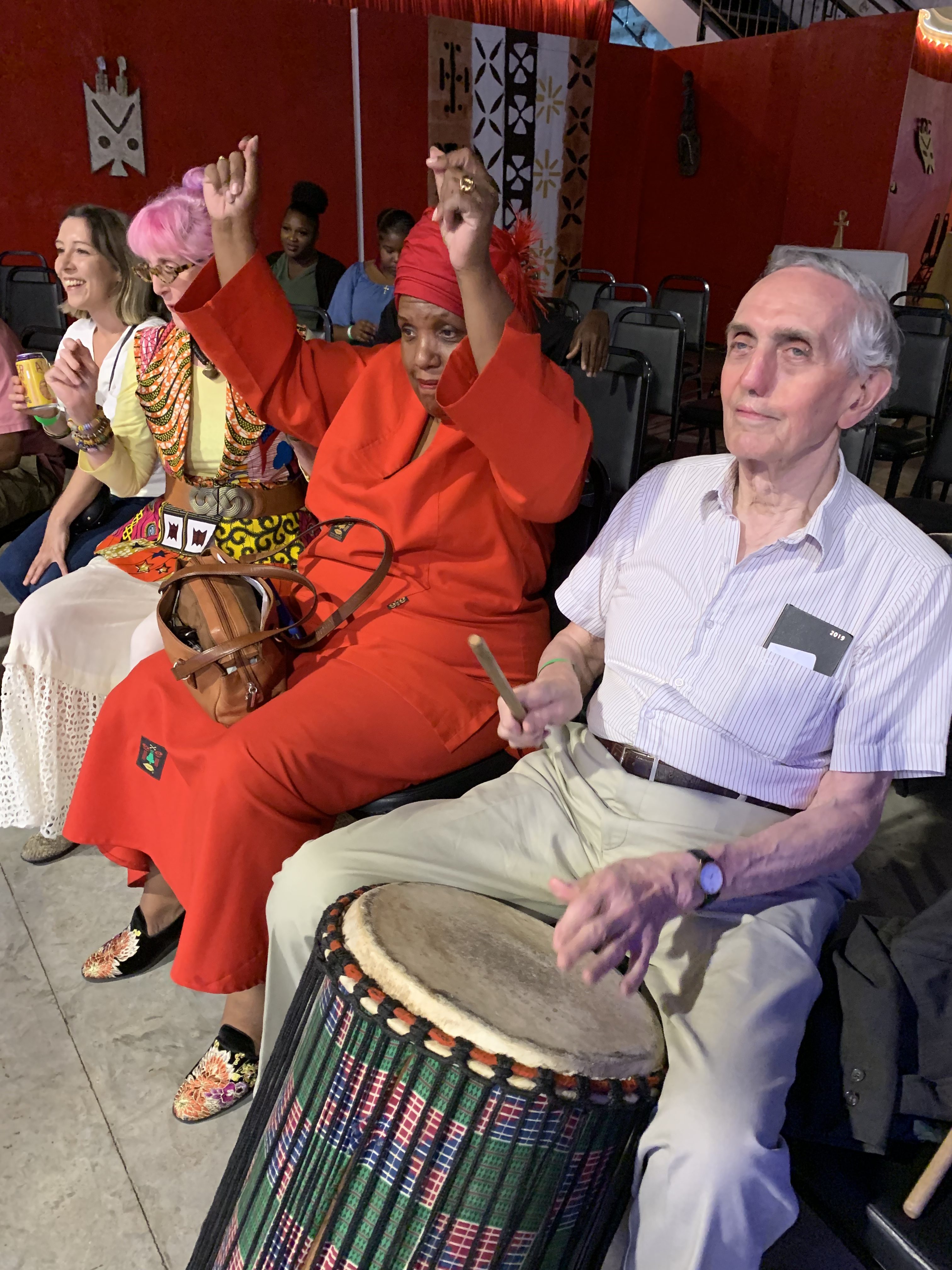 Professor Rose playing the drums at Ashe Cultural Arts Center with NOMC Co-Founding Director Bethany Bultman and NOMC patient advocate Big Queen Cherice Harrison Nelson in June 2019
Professor Richard Rose, a native St. Louisan, first heard Alphonse Picou play High Society on Bourbon Street in 1953. Today, this Oxford graduate is a world-renowned political scientist and public policy expert with a professorship in Scotland and offices in Berlin and Florence. To relax he gets out his wire brushes late at night to play along with the extraordinarily syncopated rhythms of Jelly Roll Morton.
Professor Rose first began supporting the Musicians’ Clinic after Katrina when he searched the Internet to find out how he could help keep music alive in New Orleans. Having previously published research in Social Science and Medicine with leading pubic health professors at the University of London he immediately saw the value of activities to help musicians in need get the help to which they were entitled. On successive trips to New Orleans with side trips to Mamou he has seen how we work and progressively increased his donations to help us do things to meet unmet needs based on NOMAF’s specific patient engagement programming as we strive to overcome health disparity – including funding mental health access for local performers.
Professor Rose has generously offered a match of up to $25,000 in donations made to the New Orleans Musicians’ Clinic.  Will you join him in supporting the great musicians of this city and their cultural legacy?
Give 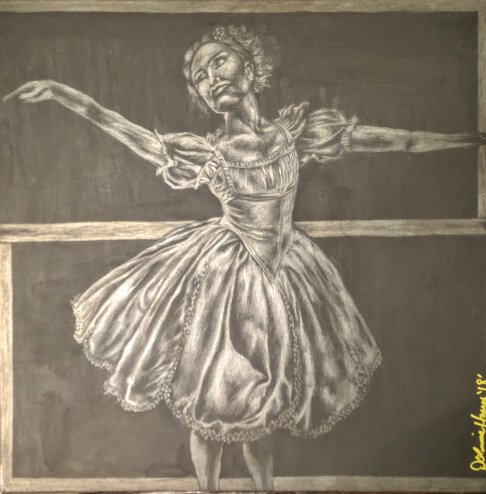 A portrait of Suzanne Douvillier by artist D. Lammie Hanson of Where Y’art

Long before it was the birthplace of jazz, and even before it built its famed French Opera House, New Orleans was the epicenter of American dance, thanks to Suzanne Douvillier — also known as Madam Placide — a French ballerina, choreographer and pantomimist who is recognized as the first celebrity ballet dancer in the United States. After building her name by bouncing around in New York; Philadelphia; Boston; and Charleston, South Carolina, she and husband Louis Douvillier in 1799 settled in New Orleans, where she became a fixture on the local performance scene. In addition to being a dancer, she was a barrier breaker, as she is believed to be the country’s first female choreographer, first female scene-painter and the first woman to perform on-stage as a man.

In her short life,  she bolstered the emerging performing arts scene in New Orleans and set new standards for what a woman could achieve in the theater.

The goal of this donor-advised fund is to raise money for dancer care at the clinic and the Dancer Wellness Program, which provides resources, wellness education and workshops for local dancers.

All donations are tax-deductible and donors will receive donation documentation. If you wish to provide a check, please make it out to NOMAF, note ‘Suzanne Douvillier’ in the memo and mail to 1525 Louisiana Ave., New Orleans, LA 70115.