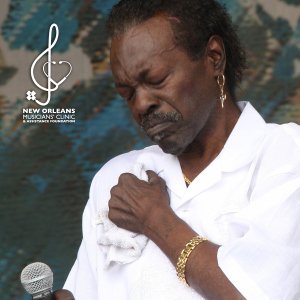 “In a city of originals, Bo Dollis stood out.”

Big Chief Theodore “Bo” Dollis was the longtime Big Chief of the Wild Magnolias and an integral part of the Masking Mardi Gras Indian tradition in New Orleans.  Gifted with an extraordinary singing voice, Bo’s talents led him to become an influential member of the Mardi Gras Indian community and brought the Indians’ culture and sound to national prominence. Dollis, along with his mentor Big Chief Tootie Montana, helped refashion the practices of Mardi Gras Indian culture, preserving traditions but changing the nature of competition and violence between tribes by focusing on music, costuming and “prettiness.” Dollis & the Wild Magnolias recorded the first ever Mardi Gras Indian album which led them to perform around the world and brought Mardi Gras Indian traditions to the world’s stage.  In his later years, due to failing health, Bo stepped down as Big Chief and transferred the title to his son, who continues in his father’s footsteps. His joyous, vibrant spirit lives on in his music and The Wild Magnolias. Read the full Times-Picayune obituary here.