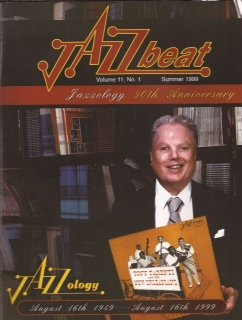 Soon after, he began recording New Orleans style jazz on GHB records. He began yearly pilgrimages to New Orleans in 1961, cementing his relationship with the city by immersing himself in the culture and recording the important artists that lived here. George developed a passion for radio after hosting a radio show in college, which he dubbed, Jazzology. All of his profits from this went to support his growing list of record labels. He started and bought many labels in order to make sure this music would survive and thrive. The nine labels he issued a wide range of jazz music on are Jazzology, GHB, Circle, Southland, American Music, Black Swan, Audiophile, Progressive, and Solo Art. The largest collection of jazz music in the world is under this umbrella. His passion, love and enthusiasm for jazz never diminished.

In 1998, George and his wife Nina opened Palm Court Jazz Cafe and embraced the mission of the New Orleans Musicians’ Clinic and have since remained stalwart supporters. His legacy will live on and he will be missed.