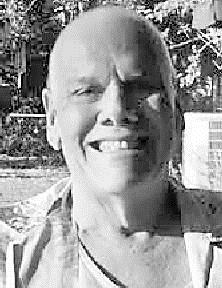 MOORE, George “John” Jr., age 67, passed away on February 11, 2015 following a long, courageous and determined battle with cancer. Born in Norfolk, Va. on April 2, 1947, he was the son of the late Julia Massie Moore and George John Moore. He was preceded in death by his sister, Alice Aungst; and brother, Michael. He is survived by his wife of 30 years, Vicki Roberts; his sister, Julie Wheeler (Damon); and their daughters, Christine Guynn and Jenna Wheeler; brothers, Keith Moore and Patrick Moore (Karen); niece, Lara Sable (Jon); and nephews, Dorian and Jared Aungst. John was retired from Philip Morris, Inc. John (aka “Johnyeoww”) was a talented musician who played electric bass, valve trombone, tuba and single string fishhauler. His passions were family, friends, music, fishing and history. He had a unique ability to keep people connected and had many friends, as far flung as Australia and Alaska. He reveled in annual trips to JazzFest in New Orleans. He will be remembered for his kindness, the strength of his friendships, his penchant for puns and having a heart big enough to embrace everyone.