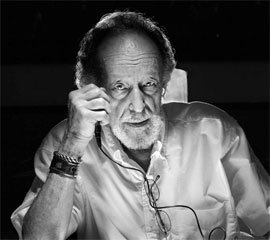 Herman Leonard was known for his spectacular photography skills and his especially unique images of Jazz Icons. “He was a master of jazz, except his instrument was a camera,” K. Heather Pinson, the author of “The Jazz Image” (University Press of Mississippi, 2010), a study of Mr. Leonard’s work, said. “His photographs are probably the single best visual representation of what jazz sounds like.” (NY Times). He made many musicians famous with his portraits, including Ella Fitzgerald, Duke Ellington, Miles Davis, Lester Young and Frank Sinatra to name a few. He returned to the United States in the late 1980s, eventually settling in New Orleans. Then in 2005, Hurricane Katrina flooded his home and destroyed more than 8,000 jazz prints. His negatives were spared: by the time the storm hit, they had been removed to a vault on a high floor of the Ogden Museum of Southern Art. A project to digitize all of his negatives will ensure that Mr. Leonard’s jazz photos will be available for generations. His work seems destined to endure, colleagues say, for its ability to distill its subjects’ very souls. (NY Times)