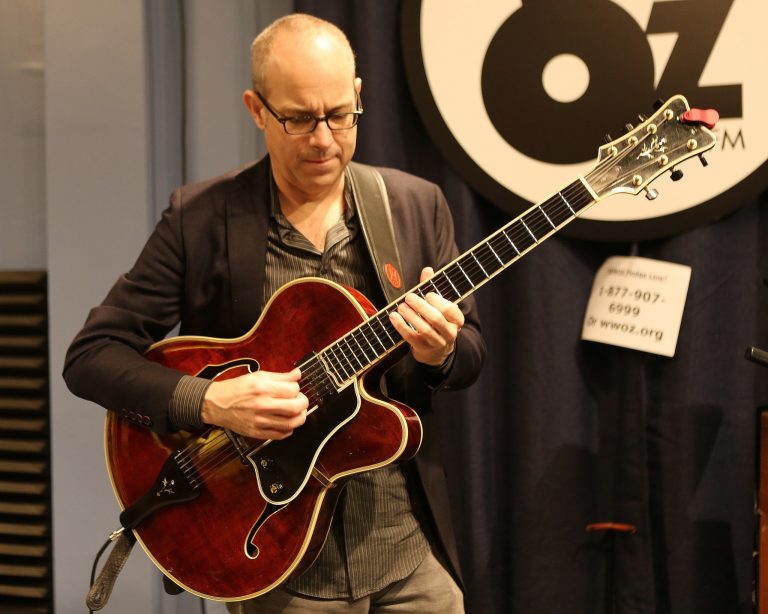 While in recent years, guitarist Todd Duke was, rightfully, most recognized as the tasteful guitarist with vocalist John Boutte’s band, the New Orleans-born artist enjoyed a rather stylistically diverse career.

His resume includes playing rhythm and blues with Yufus Hawkins at Basin Street’s Colt 38 in the early 1990s and recording with the renowned vocalist Germaine Bazzle on her 2017 release, Swingin’ at Snug. “Jazz guitar really bit me,” Duke remembered in a 2009 interview when he was inducted into New Orleans magazine’s Jazz All-Stars. The well-loved and highly respected Todd Duke died on January 6, 2019 at the age of 48.

Duke’s interest in music was sparked by his parent’s record collection that ranged from Fats Domino to the great Bobby “Blue” Bland and the modern jazz of trumpeter Miles Davis. He took up the guitar, naturally going the rock and roll direction of the time. “I liked the sound of the guitar and thought it looked cool and like a lot of fun,” he once said. It was during his tenure at Slidell High School and while attending the New Orleans Center for the Creative Arts (NOCCA), where he studied with guitar master Hank Mackie that Duke’s interest turned to jazz. The discovery of such guitar greats as George Benson and Kenny Burrell sealed the deal.The guitarist gained greater recognition when he began playing at the now defunct Donna’s Bar & Grill. Duke was onboard at drummer Bob French’s popular Monday night sets and it was at the club that he met and eventually performed with musicians including trumpeter Leroy Jones and drummers Shannon Powell and Bunchy Johnson. Through Johnson, he was introduced to bandleader and composer Wardell Quezergue that led to a spot in his big band.

It was 20 years ago that Boutte met Duke through one of the guitarist’s student. It was a relationship that took the two around the world and led to Duke’s fine guitar on some five of the vocalist’s albums. “I loved his musicality and versatility,” Boutte offers. “Todd wasn’t stuck in one style because he couldn’t do that with me. The first thing I told him was ‘Man, you have to listen to some Danny Barker.’ He adhered to Danny Barker’s advice: ‘Keep all your pockets open.’ That’s your gospel pockets, your jazz pockets, bebop and country western pockets. He was just able to switch over where some guys are just like, ‘I’m not playin’ that.’”

Todd Duke was truly a humble man who knew how to listen and let all those around him and the music shine. See the Legacy.Com obituary.

All donations are tax deductible and donors will receive donation documentation. If you wish to provide a check, please make it out to NOMAF, note ‘Todd Duke’ in the memo and mail to 1525 Louisiana Ave., New Orleans, LA 70115.