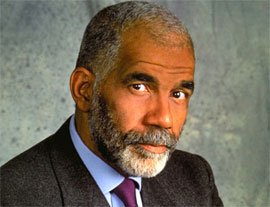 Ed Bradley was a journalist best known for his 26 years of award-winning work on CBS’s 60 minutes. Bradley, the first African American at CBS to be a White House correspondent and a Sunday night anchor, covered a broad array of stories with insight and aplomb during his 39-year career, from war to politics to sensitive portraits of artists.

He won virtually every broadcast news award — some of them more than once. (Washington Post). Bradley was honored in 2007 with a traditional jazz funeral procession at the New Orleans Jazzfest, of which he was a large supporter. The parade, which took place on the first day of the six day festival, circled the fairgrounds and included two brass bands. Columnist Clarence Page says, “Even in those days before the doors of opportunity were fully opened to black Americans, Mr. Bradley challenged the system. He worked hard and prepared himself. He opened himself to the world and dared the world to turn him away. He wanted to be a lot and he succeeded. Thanks to examples like his, the rest of us know that we can succeed, too.” He was known for his kind heart and was loved by all people who met him.